General Operating Support: The Effective Thing to Do; The Respectful Thing to Do

Mary Jo Mullan wore a multitude of hats at the Heron Foundation from 1992 to 2009. During her time at Heron, she worked with a wide range of community organizations around the country and witnessed the importance of general operating support firsthand. In this interview, we asked Mullan why general operating support matters, and why philanthropies should place it front and center in their grant making strategies.

Jasmine McGhee: For audience members that are new to this conversation, can you explain what general operating support is?

Mary Jo Mullan: Core support is funding actually directed to an organization as a whole rather than a very specific project. So, core support can be used flexibly by grantees, as opposed to narrowly restricted grants for particular projects. And, of course, core support can only be used for charitable purposes as established by the IRS.

Why is core support important?

Providing flexible support allows an organization to plan, to innovate, to implement, to test, to stumble and have setbacks, and then to make improvements and try again. And to pivot with changing policies and economic trends. Core support provides organizations with the flexibility to do those things and gives the organizations the tools to be successful.

I think about core support as providing research and development (R&D) money. That’s how a number of our grantees described it to us, and I always liked that concept. Corporations can’t stay competitive without R&D — without improving their products and staying in touch with their customers. And likewise, core support can be used as R&D money for nonprofit organizations that need to stay in touch with the needs of their constituents, improve their work, put systems into place to measure their success, and advocate for successful policies. I’ve also heard it described by community leaders as “glue money.” In other words, if there are funders that are only providing specific project support, general support can be the glue money that enables an organization to tie it all together.

I also think it’s really important for an organization’s sustainability. Core support can be used to build up reserve funds. So, in the event of something like 2008, when the big market crash occurred, those organizations who did not have healthy reserve funds were in trouble, and some of them failed. In other cases, such as in the Community Development field, organizations have used core support to build up their equity. Then, they can go to financial institutions and raise additional debt financing at more affordable rates. So, core support can be a really strong leveraging tool as well.

So, when we got started, it was under the really wonderful leadership of Sharon King, who was our first Executive Director. We felt it was really important to listen to folks in the communities: to ask them questions, to listen, and to learn from them.

And, we just heard over and over and over about the dearth of general operating support and the need for it. So, we felt it was our responsibility to take that message to our board. And, fortunately, our board members were very receptive. And whether they were coming from a business point of view and understood the need to think about it as R&D money, or whether they were coming from a nonprofit experience and understood just how rare core support dollars are, and how useful they are in terms of leverage, they approved general operating support as our core strategy for grantmaking.

Oh yes. We heard from some folks in philanthropy things like: “Well how are we going to know that they’re using our dollars for what we want them to do?” “How do you hold someone accountable for core support?” I think those criticisms speak to a lack of trust in the organization. If you don’t trust the organization to deploy the dollars effectively, why are you funding them, even for a project? But I also think these critiques sometimes reveal an illusion of control. If we give [an organization] a $50,000 grant for this project, for these 1, 2, 3 particular outcomes and nothing else, then we can look to that to see [how effective the organization is].

But you can also do that with core support. We would look to the whole of the organization. Is there a mission fit? Is there strong management in place? Are there strong financial systems in place? Or, at least, are they on a path to get there? Do they regularly set goals and assess their progress? We looked at all of those pieces and asked the organization, “What are your top three to four feasible objectives for the coming year and in the longer run?”

If there’s that strong core, and you trust that the organization knows what it’s doing, then you report those objectives to the board. And then we tracked to see how they did. Was there sufficient progress? Are they learning from the setbacks and changing accordingly? We felt like those were the accountability measures.

It sounds like, involved with that process, there’s still a lot of conversation and a lot of work to get to know the organization. There’s still a strong partnership.

Yes, and that’s how you build trust over time. And, it’s not like we didn’t have issues with some organizations and had to phase out funding. But we did not have a set timeframe (e.g. three years and done). Instead, as long as an organization was performing against its objectives, as long as there was alignment with the foundation’s focus, and as long as there was continued progress and innovation, we would continue supporting them. And, we sometimes had organizations coming to us and saying, “We know we said we were going to do this, but we really don’t think this is going to work, and here’s how we want to redeploy those funds.” That takes strong relationships.

Yeah, and it sounds like general operating support is about being flexible as well, for an organization to be able to make those pivots.

That’s exactly right. And that’s the beauty of core support — that flexibility.

Can you think of any organizations that really benefited from receiving general operating support from Heron?

One organization that we supported for years is called The Resurrection Project in Chicago. They used core support in a number of ways. They work with the immigrant population to help them to understand their rights and encourage them toward citizenship, run citizenship training programs, and have comprehensive programs, all stemming from resident engagement and priorities, and all aimed at helping people to take control over their lives.

They used some general support funding to do a feasibility study to determine whether it made sense for them to acquire a community bank that was closing its doors, risking the home mortgages of many of its residents. They partnered with Self Help Credit Union in North Carolina. So now they have a credit union affiliate that, among other transactions, runs a low-interest loan fund to help people who want to become citizens to pay the $795 fee to take the test, which also helps people establish a credit history.

They use core support in part for organizing and advocacy and encourage people to educate themselves about the issues and to get out and vote. They persuaded the city of Chicago to set up a citywide fund, which demonstrated scale and impact. In addition, and I think they used some core support dollars as well for this, is they helped commission a study that demonstrated the net positive contributions from the immigrant populations to the tax bases to counter the narrative that immigrants are draining our taxes by using our public service programs. So again, core support provided them with a tool for advocacy and policy.

In that example, it sounds like general operating support helps organizations get started in thinking about projects they haven’t done before. It’s useful for encouraging innovation.

We often talk about the idea of community wisdom at Heron. Another thread that I’m hearing from you is that when organizations that work with communities have the opportunity to get money and have a say as to where it goes, they’re able to look at problems and say, “That’s something we need to focus on.” And with general operating support, they can do that whether or not it fits into a program area. Because, ultimately, they know what’s actually happening on the ground.

Well that’s right. Listen to the practitioners. Now, not all were good at listening to their own constituents, to their own communities. But when you find practitioners who do that and then the ones who are able to translate that practice into policy, and advocate for policies informed by that practice, then I think that’s so much more effective. And again, general support helps them in the first instance understand problems and focus on solutions, and tweak the solutions along the way, and then advocate for better policies.

Foundations can be stuck in this idea of only funding program areas. Do you have any final thoughts or advice for those reluctant foundations?

If the foundation says, “Well, this organization has many other programs that aren’t a fit, and therefore we want to do project support,” I understand that. What we try to ask is, is there a preponderance of what they do that’s a fit? So, for example, Heron didn’t fund affordable rentals because we were looking at wealth-creation, so it was about homeownership to create and preserve wealth (which is where the anti-predatory lending programs that we also funded came in). But a lot of the organizations [we funded] also did rental.

It really helps to get the board members out there to hear from the communities. So, if there’s staff at a foundation trying to make the case, they can take board members out for site visits or bring grantees into the board meetings to talk about their work. And we would say to grantees, if you get a chance to talk about the importance of general operating support, and how it helps you to do [your work] that could be useful to remind the board. And, of course, [the organization leaders] loved it, because it gave them an opportunity to tell that story.

Overall, I’d like to give a bottom line for core support: it's the effective thing to do; it’s the respectful thing to do.

Thank you, Mary Jo, for all your insights!

To learn more about general operating support, check out the relevant resources linked on the right-hand side of this page.

Jasmine McGhee is the Associate, Integrated Capitals & Communities at Heron. Prior to Heron, Jasmine was an intern at Nonprofit VOTE and a student advisor at Northeastern University's Global Experience Office. Her professional background also includes an internship at the... Read more » 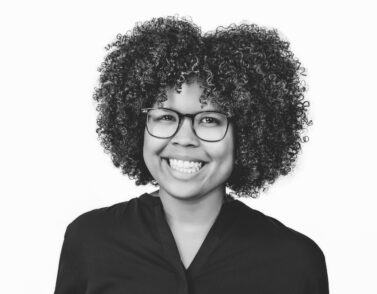