The U.S. Community Investing IndexTM 1 (“USCII” or “the Index”; Bloomberg Ticker: CMTYIDX) is an index of publicly traded companies designed to identify those that contribute positively to the communities in which they source, operate, and sell.

Heron developed the index in 2005 to understand how large companies contribute to (or detract from) Heron’s mission to help people and communities help themselves out of poverty. Over the past decade, Heron and its research partners have refined the methodology to draw from new data sources and better align the index with Heron’s strategic objectives.

In September 2022, Heron announced a partnership with TILT Investments on a strategic repositioning of the U.S. Community Investing Index (USCII), with a stated goal of allowing the USCII continued growth, development, and successful application in the years ahead. Under the agreement, TILT aquired all intellectual property rights related to the USCII and its methodology, including responsibility for obtaining all necessary source data. Heron continues to play a major role in the USCII, taking a 20 percent founder’s share and a seat on the company’s board.

Heron and its research partners2 used a rigorous methodology to identify companies that contribute positively to the communities in which they source, operate, and sell. The positive screen was organized around the capitals of Heron’s net contribution lens. Heron worked with custom data and research providers to evaluate the impact of companies on stakeholders within these capitals.

Heron was responsible for selecting securities in the index, and it does so by compiling a positive screen using the four capitals and their underlying stakeholders.

Heron then dynamically weighted stakeholder scores depending on what is relevant to any given industry.3 For example, suppliers could have represented between 10 percent and 60 percent of the Human Capital score, depending on how heavily the company relies on outsourced labor. The industry-relative stakeholder weighting coefficients were informed by Heron’s research partners.

Each company is scored between -5 and +5, and companies that score a 0 or higher were then considered for inclusion in the index.

The selection universe was then run through a rules-based “reality check” that looks for additional controversies that are deemed very severe. These controversies could have been over- or under-expressed in the scoring process due to timing, score weighting, or other factors. The reality check was conducted quarterly and reviewed by Heron’s staff and the USCIITM advisory committee.

The U.S. Community Investing IndexTM was overseen by an advisory committee of professionals in pertinent fields, including but not limited to sustainable investing, philanthropy, and social data. The advisory committee met quarterly with Heron staff and research partners to discuss methodology enhancements and review index performance.

[2] The methodology management and maintenance relied on custom research partnerships with oekom research AG and the National Center for Employee Ownership (NCEO).

[3] Capital coefficients were consistently applied to all companies/industries (Human 30%, Civic 30%, Natural 20%, and Financial 20%). Stakeholder coefficients relied on the industry-relative stakeholder materiality assessment conducted by oekom research AG, so it varied by company. 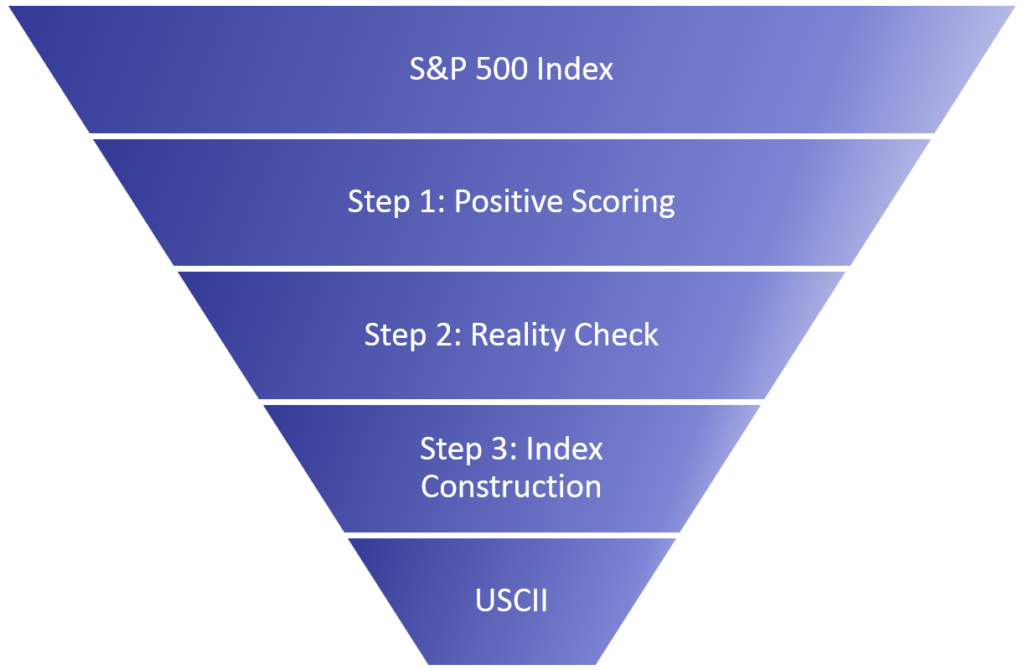 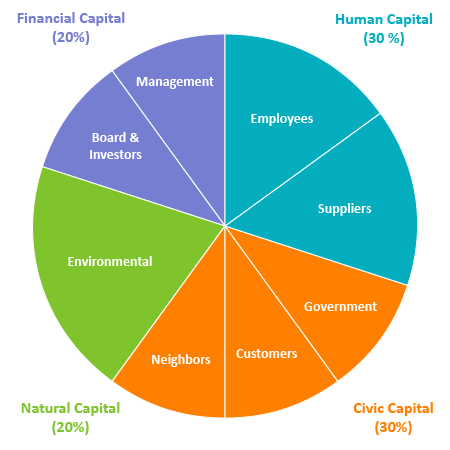 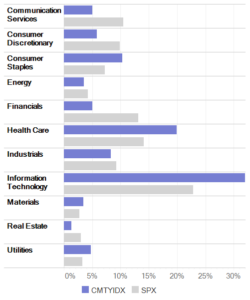 Thinking On: Who Owns Private Prisons? Most Likely, You!