The Unintended Consequences of a “Jobs” Investment

A few years ago, Heron gave a sizable grant to stimulate job growth in a city that had high rates of unemployment. While our intentions were good, our grant resulted in unintended consequences for the community— prompting us to reevaluate how we think about net contribution in a place.

Editor’s Note: This piece is meant to be a critique of Heron’s wildly imperfect activities when working on the ground in places. It is not meant to be a critique of our partners (who do the real work in service to their places and organizations). It is also not meant to describe our experience in any one geography, but is an amalgamation of our experiences across several communities.

At the time, Heron’s strategy was focused on creating and sustaining good jobs for low-income people. And, the recipient of the grant was actively fostering economic development and job creation for the local population. By providing the grant, Heron was hoping to help support the creation of more than 5,000 jobs in the downtown region.

And create more jobs it did. The institution that Heron funded expanded rapidly, which seemed like a promising sign. Based on the metrics that we tracked, it seemed like a great mission fit for Heron.

Soon after Heron’s investment, we received a phone call from another nonprofit in the area.

The second nonprofit informed us that our grantee was in fact hiring people as promised, but noted that doing so required the construction of new infrastructure in the area. The new infrastructure was being built with impervious pavement, which was exacerbating a storm water runoff problem in the adjacent community — one of the very same low-income communities that Heron had been hoping to help service through the initial grant.

We were horrified and humbled by the news. And to be honest, we were not entirely sure what to do next. As an organization, we had absolutely no programmatic expertise in waste water run-off. But we knew that we had to do something to help remediate the problem that we had inadvertently exacerbated.

We started by taking a step back and reevaluating our involvement in the community. We realized that we were engaging too narrowly with a single partner and too myopically with a singular focus on jobs. We started asking more broadly what other unintended consequences our investment might have been having, and locals came forth with a series of uncomfortable answers (including, but not limited to, exacerbating local concerns about equity and inclusion).

Taking our cues from leaders in the community, we tried to support their efforts to remediate the problems we had accidentally aggravated. We helped fund the community-led development of a green infrastructure plan to remediate the waste water run-off problem. We engaged with two local foundations focused on the broader revitalization of the community to gain a deeper understanding of the city. We formed a relationship with a manufacturing and engineering company, which created a different pool of jobs in the city. And we funded a research project designed to support the community in proactively protecting itself from inequitable gentrification.

In hindsight, we now realize that we should have listened to a broad suite of local partners earlier in our process. And we have done our best to learn from the experience and incorporate that feedback into our broader practice.

Missing the Forest for the Trees

Our experience with this investment had broader implications for our work. We realized through our investment (along with several other “stubbed toes”) that Heron’s single-minded focus on jobs was creating unintended consequences for the people and communities whom we were chartered to serve.

This experience helped us evolve our thinking toward the net contribution framework that we use today, especially as it applies to the communities in which we work. Facilitating job creation through this investment was born out of good intentions and was well-aligned with Heron’s mission. However, we were unintentionally making trade-offs to get those jobs that we had never even acknowledged, much less affirmed. And, on net, we knew we could not justify our good intentions if they resulted in more problems for the communities they were supposed to serve.

Keeping what we learned in the forefront of our minds, we now work with local partners to try and understand the multidimensions of the communities in which we are involved, to help us make capital decisions that better support their visions. By doing so, we hope to help people and communities help themselves out of poverty with fewer unintended consequences.

Dana K. Bezerra is the former president of Heron. Bezerra began her career in agriculture in California. Her family owned a dairy farm in the San Joaquin Valley, where she bore witness to the bankruptcy of a local creamery, the... Read more » 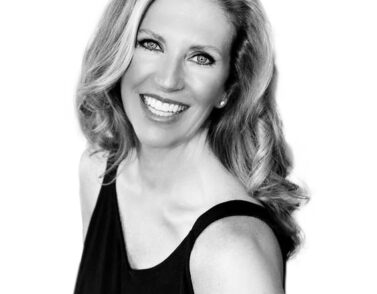